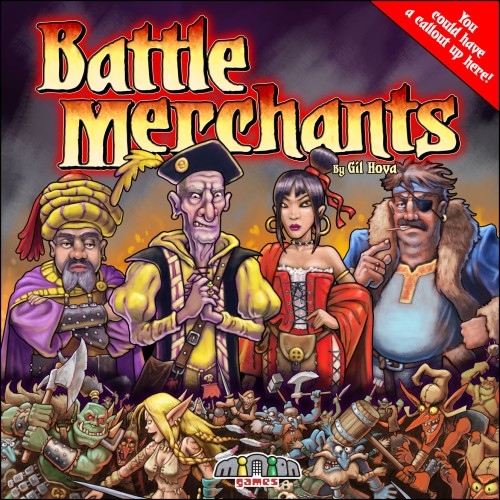 After years of tension, the Orcs, Dwarves, Elves, and Hobgoblins are finally at war. The year will be full of conflict and battle.

This is great news to you. You’re an arms merchant. And business is about to boom.

Battle Merchants is an economic strategy game where four fantasy races fight in a fantasy world. As a player, you take the role of a weapons dealer, forging and selling weapons to the participants. You don’t have any allegiance to a single race, though the more you sell to someone, the more money they will give you.

The race that wins the game is irrelevant. The richest player at the end of the game wins.

Battle Merchants was released by Minion Games in July 2014.