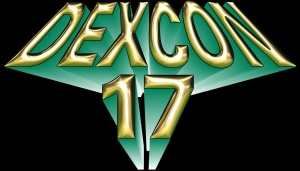 Join me at Dexcon 17 for the 2014 Dexcon Battle Merchants tournament!

This is a registered and approved Dexcon 17 event. The exact table of the event will be posted in the Big Board area of the convention, next to the registration area.

No experience is necessary with the game, as it will be taught to all new players. But of course, experience helps! Even reading the rulebook early helps. Download it here.

Each qualifier is a standard Dexcon event. You can register for a Qualifier before Dexcon by emailing the convention organizers with the event codes for the qualifiers you want to play in (either B0743 or B0891). You can also register at the convention by writing in your badge number on the Big Board for the event’s sheet.

Note that these events tend to fill up quickly, so be sure to sign up early! If the event is full, then put your name as an alternate; it’s entirely possible one of the people who signed up will not be able to make the event.

If any qualifier winners are not present at the final at 8:00 pm on July 5, or if at least one qualification game doesn’t run because of a lack of players, then an alternate will play instead. If multiple alternates are present, then the alternate whose final score was closest to his/her respective first-place player (above tiebreaker rules apply) will play.

The final will be played with “The Pointy End” variant, in which the player with the fewest points in Defeated Weapons at the end of the game will lose, regardless of how much money he or she has.

I will be the sole referee for the event. If I am called to make a decision during the event, that decision is final and binding. No whining please!