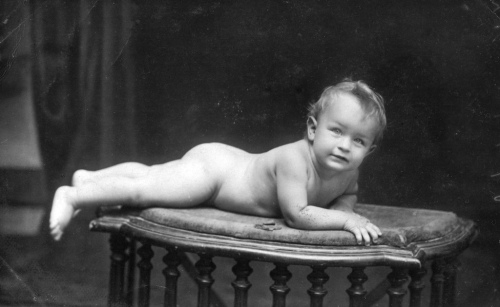 I spent 10 days at the Gathering of Friends, an invitational convention in Niagara Falls. I wish everyone could have joined me!

It’s a show where a bunch of industry veterans and notables hang out and play games in a relaxed environment. So I got the idea to run an informal event that I wouldn’t be able to run anywhere else. I called it “Naked Baby Photos, Game Designer Edition.” 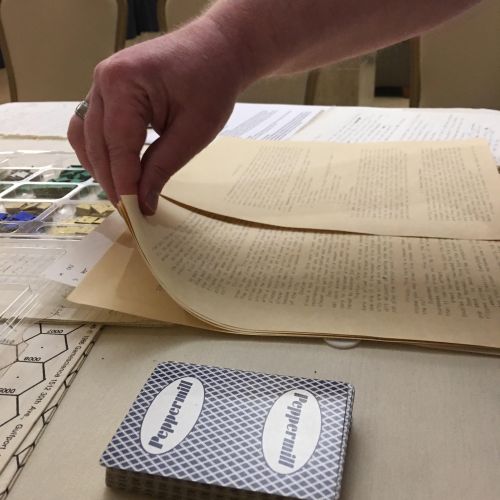 The idea was for any participating designer to bring one of their oldest game designs. Not their oldest published design, but something from very early in their career, before they really knew what they were doing.

I thought it might be interesting, instructive, and maybe even inspirational to look at these old games to see how far we have come. At the same time, part of me was expecting each game to be a real stinker, and for the event to have an MST3K-like quality to it.

But that turned out to not be the case! Each game, for all its flaws, had some shining quality to it. 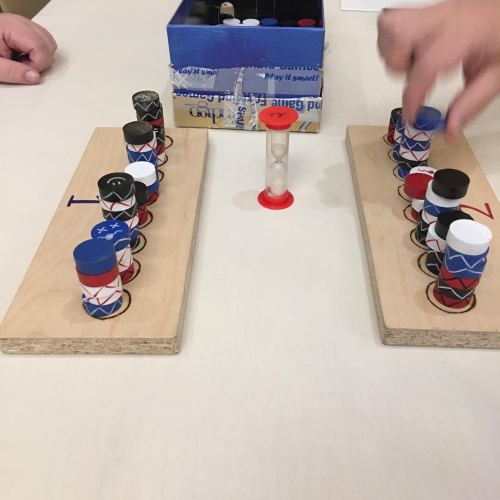 Christian Lemay brought a game he designed a few years ago inspired by the Dr. Mario video game. It turned out to be fun and engaging, with a few mechanisms that were tricky to remember and enforce. It honestly didn’t play any worse than a typical prototype brought to one of one of my local game design groups. It seemed like it just needed a bit of development to become a pitchable prototype, although it’s not something in most publishers’ wheelhouse. 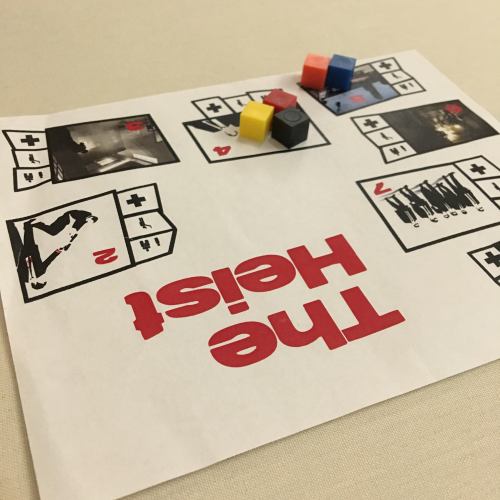 Jonathan Gilmour brought a game where the players are a band of criminals running a heist, and then screwing each other over to keep it. This is probably the setting I’ve seen with the most lopsided attempt/success ratio; few designers succeed at it! And while this game’s numbers were a bit off and there was some excessive fiddliness, there were fun moments of surprise as we tried to make off with the loot. Again, some development would probably turn this into a pitchable prototype. 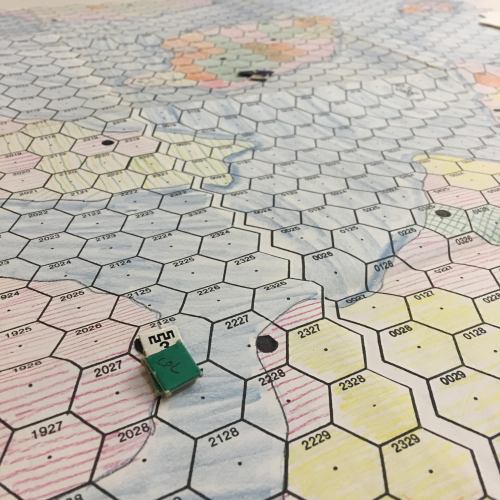 Ed Bryan brought a game he’d designed as a teenager. It was a massive, epic civilization-style game where players were colonizing a vast magical land. In practice, there were a lot of dice rolls, and we called it after a few rounds. But it was cool to see a game of this scope, especially with his pages and pages of handwritten notes! 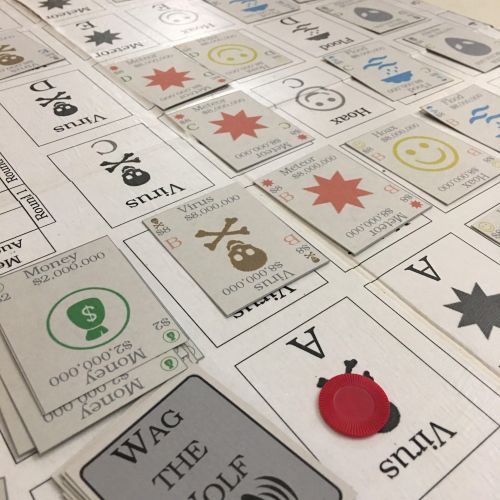 I brought an old one of mine: Wag the Wolf, one of my first designs, which did well at a Hippodice competition, but I hadn’t played in years. We actually made it halfway through the game, and only had to call it because of time. I was expecting a cringeworthy experience, and sure enough, the game’s theme and “ingenious” information-reveal mechanism didn’t really work too well.

And sure enough, a few days afterwards, I figured out a way to possibly frame the auction in a game that might work! I tried it on the Saturday of the Gathering, and the results are promising.

So that’s four games this auction has made it into. We’ll see if anything comes of it… 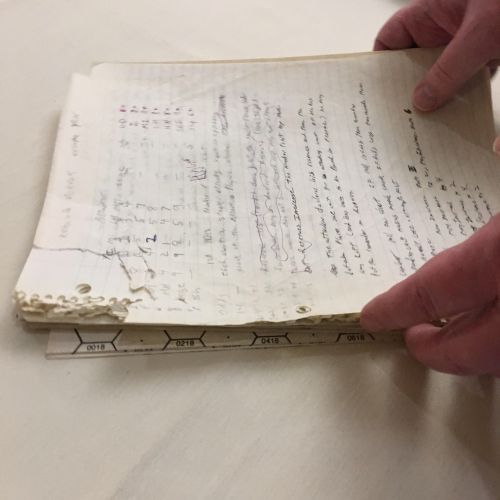 Overall, I was amazed at how strong the games were. None of them were outright turkeys; everyone genuinely enjoyed playing these early prototypes. It was a ton of fun seeing how far we’d come with our designs. Each game had a gem of an idea within, and with some polishing, would end up with something interesting.

(OK, perhaps Ed’s game would need a good amount of streamlining. But the scope was really fun to tangle with!)

I’m not sure if I’m going to do this event next year, but I had a good time with it. It’s good to connect with old designs, as embarrassing as it can feel at first. You never know what nuggets you’ll come up with!